Dear Diary,
I am baking cookies today and while I wait for them to cool I decided it was a good time to share my new fridge mantra for the year.

But before I did that, I needed to do some research on the "Keep Calm and Carry On" slogan that became so popular in the last couple of years.  I wondered about its origin.  I had heard it was from Britain, hence the crown, but other than that, as far as I knew it could have been the name of another boy band Simon Cowell had discovered.

﻿﻿﻿
I learned it was not a boy band but a slogan the British government was prepared to use prior to WWII to keep the public from freaking out about predicted air raids.  It never was publicized properly and so never caught on at the time, unlike the American slogan, "Loose lips sink ships" and Uncle Sam's "I want YOU" declaration.

I did my research because I wanted to share with you the napkin I pilfered from the home of my brother and sister-in-law over Christmas.  Many of my readers know how much I love cookies. And though I didn't know what I was going to do with it at the time, I just couldn't see using it and throwing it away!

So I hang it on my fridge.
And take pictures of it for my blog.

I suppose you, too, can fill in the blank for how you could handle what comes your way in the year ahead:  Keep Calm and ____________
Pray?
Drink coffee/wine/both?
Hide under the covers?

I think my Snickerdoodles have cooled.  Care to join me? 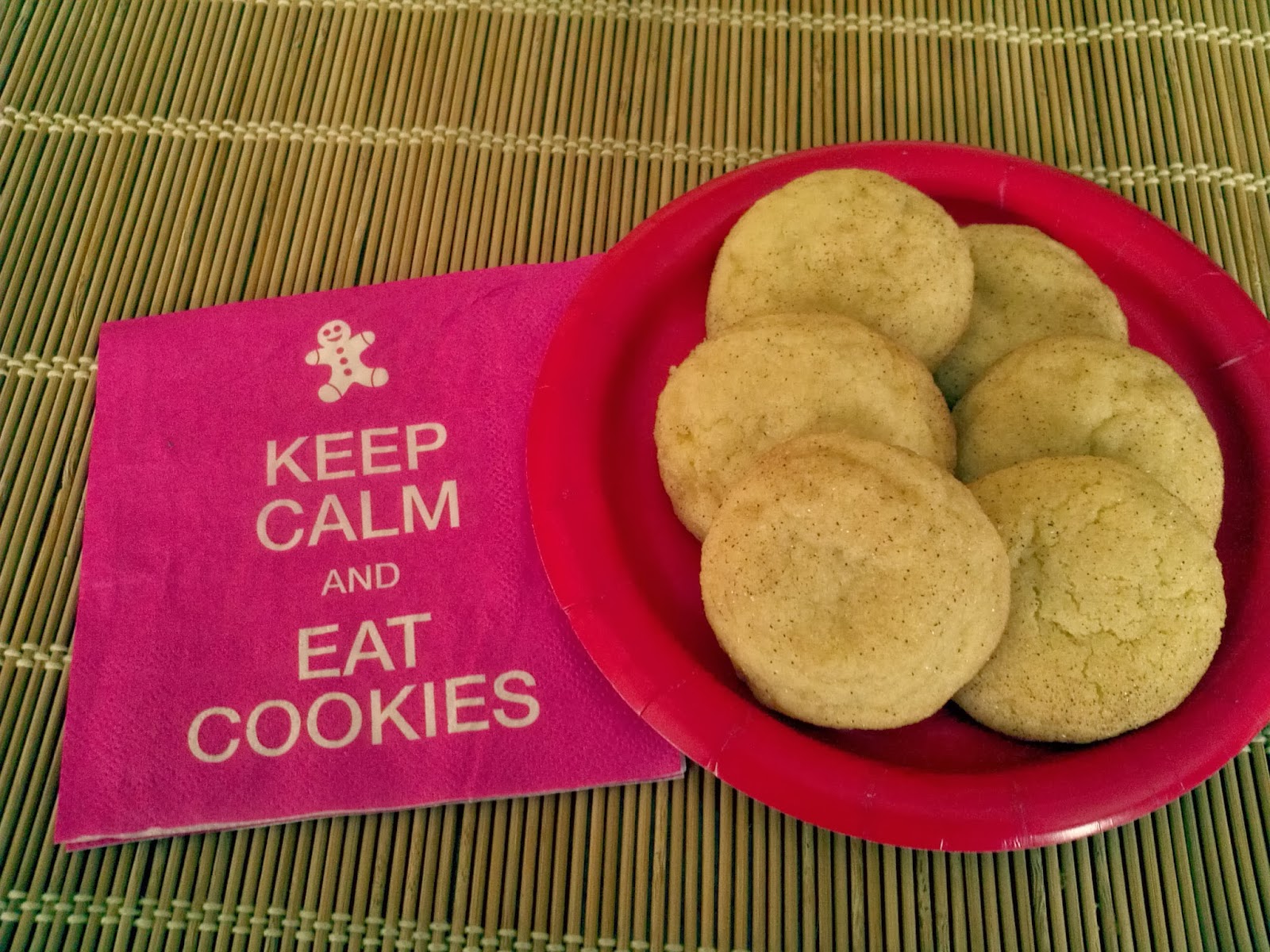